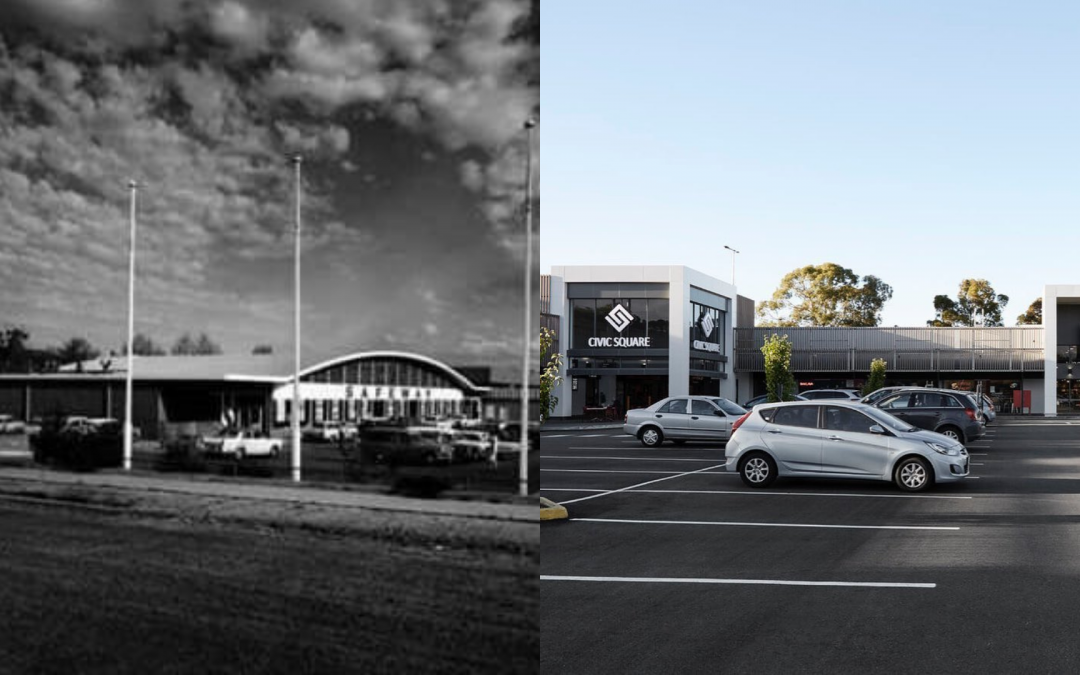 Originally known as Arndale Shopping Centre, Civic Square Shopping was opened in 1964. In 1985 the Centre underwent a reconstruction and was then further renovated in 1991. Then in 2021 the Centre was refurbished and updated with a fresh new look.

As seen in the photo above, Arndale/Civic Square started as a small group of shops that included Safeway (Woolworths), a McEwans Hardware store and a few smaller stores. Today the centre still has a Woolworths Supermarket and 15 speciality stores.

Civic Square is situated right in the heart of Croydon and the history of this suburb has influenced the new shopping centre branding. Croydon was originally home to early settlers, who were farmers with a large amount of greenery land and orchards. Back in the 1840s the land now known as Croydon was originally known as Sawmill Road, due to the sawmill that was nearby. This road later became Oxford Road and is now known as Mount Dandenong Road, which Civic Square is situated on. If you’re interested in more information on the history of Croydon take a look at what we found online.

In 2017 Arndale Shopping Centre became known as Civic Square Shopping in order to align more closely with the region. The Centre is located on the corner of Mt Dandenong Road and Civic Square Road which is where the inspiration for the name came from. To truly tie the shopping centre back to its heritage, the logo was redesigned to incorporate the sawmill heritage in the new brand. The new logo represents the growth rings inside a tree as seen in the image below. 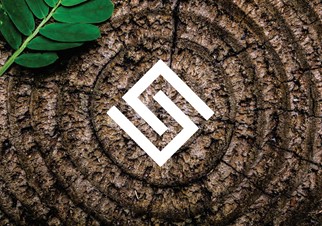 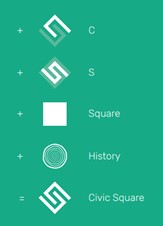 We hope you have enjoyed learning more about the history of our Centre. If you have any photos of Civic Square from when it was known as Arndale Shopping Centre please send us an email or message us on Facebook so we can add them to this page!